a record of ideas I've come up with

Why replace your batteries

So I replaced my old battery packs with lithium-ion batteries from old laptop batteries.

Save money by using batteries from old laptop battery packs

Dead laptop batteries often have only one or two dead cells or have been left uncharged for too long.  So I measure each cell and if the battier is above 2V I keep it, lower I recycle it.  Mixing Li-Ion batteries is not the best solution but I had to use various old laptop batteries, and it works.  Possible problems with mixing batteries are if 2 different batteries with different capacities, the lower capacity could discharge below minimum level and cause damage, lowering the capacity even more.  Not the end of the world.

Here is decent instructions on dismantlement a laptop battery.

Drills I have modified

Protection boards I have used

So i wanted to have some of my peripherals turn off when my computer is off. Speakers and lamp and such.  I made a simple one using USB power to switch on/off a power strip but modern PCs have USB powered on always.  So without some intelligent circuitry, this will no longer work.

So what i use now is a power strip controlled by the PCs power supply.  Essentially I have a relay that switches when the computers power supply is on.  But with some added protection, so I wont damage anything inside the PC.

The PCs power supplies “12V” output is hooked into an isolation DC-DC converter, then a linear regulator.  This protects the PC if there is a short or if the external wires touch a high voltage by accident.  I put these all on a card to make it pretty, and more convenient.  After the protection circuit a cable connects to the power strip.  Inside the power strip a relay is controls the hot line of the power strip.  I used a small power strip to save space and to remind me not to plug too much into it. 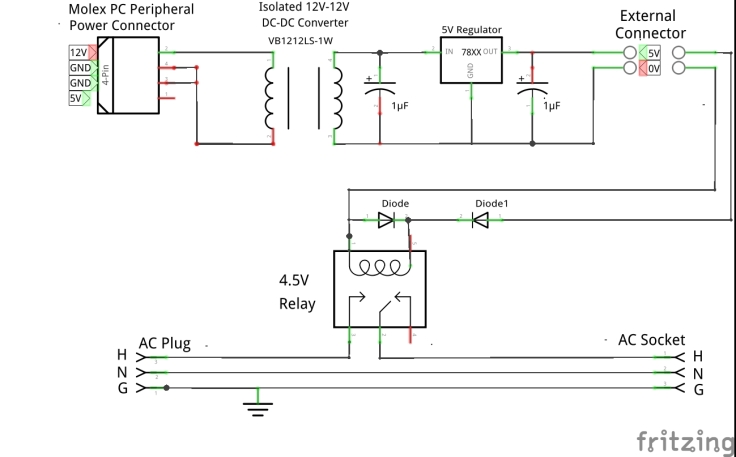 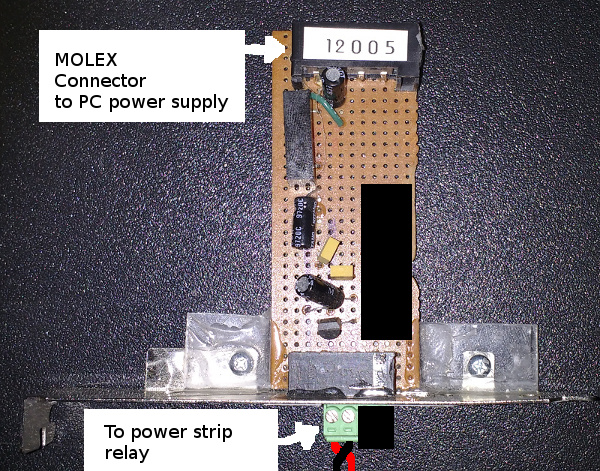 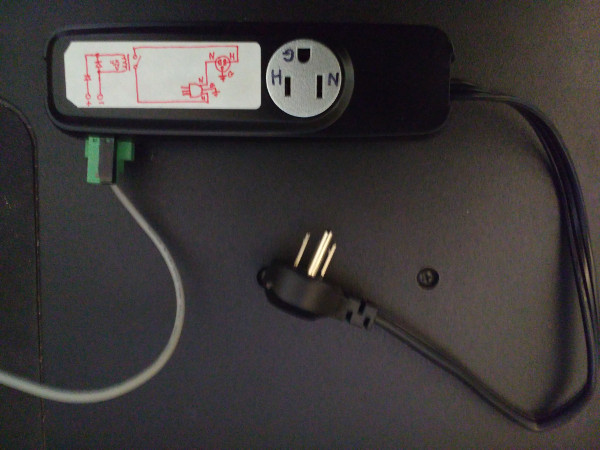 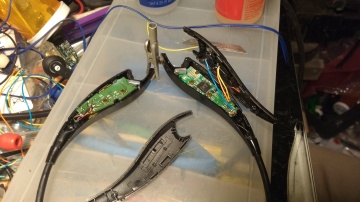 So i go through ear buds like crazy.  Cheap ones last me two weeks to a month, high end ones last me 6-12 month.  I though this may be because of snags. So i bought a cheap set of bluetooth headphones.  It lasted around 90 days.  the hardware works fine, but the wires to the ear buds wore out.

I liked the functionality of the bluetooth thing so i decided to add a headphone jack to it so i can plug in any headphones i want.

I have taken apart a bunch of failed laptop batteries to harvest the lithium-ion/polymer batteries for random projects.  By doing this i have noticed that often only one cell out of many has failed, and often even the failing one can be saved.  Lithium-ion battery cells are considered ‘dead’ if the voltage goes below 2V. “The Li-Ion cell
should never be allowed to drop below about 2.4V, or an internal chemical reaction will
occur where one of the battery electrodes can oxidize (corrode) through a process
which can not be reversed by recharging. If this occurs, battery capacity will be lost
(and the cell may be completely destroyed)”.[1] So if one cell becomes dead the whole battery pack is useless.  If there are 4 cells in the battery pack, and one cell is bad, 3/4 are still useful.   I think most users would be happy if they could continue to use a battery with 3/4 the charge, rather than having to buy a new battery pack each time one cell dies.

My idea is two parts.  First is attempt to recover the ‘dead’ cell.  Second is bypass the dead cell.

Idea one:  Recovery a dead cell. I have found that i can recover most dead cells, by applying a small current until the 2V is reached, then charging like normal.  I am no expert on the chemistry of the cells, by lithium-ion batteries are volatile so this may be dangerous.  I havnt had any problems but there could be a good reason cells below 2V are considered dead.  To impliment this, it wouldnt take to much circuity to add this to a battery pack.  Adding a small increase in parts cost and probably no increase in battery size.

Idea two:  Bypass a dead cell.  There is no reason a dead cell couldn’t be bypassed.  This would lower the max/min voltage of the pack.  for example a 4-cell pack has a max voltage of 16.8V(4.2×4), average voltage of 14.8V(3.7×4) and a min voltage of 12V(3×4).  With one dead cell this would cause the voltages(max/ave/min to be 12.6V/11.1V/9V.  If you applied this to the same laptop it probably wouldn’t work, however this can be solved using two methods.  First and most effective is to have the laptop accept the lower voltages when a cell is bypassed.  When the power comes out of the battery if goes through a DC-DC converter to lower the voltages to usable levels(usually 12V/5V/3.3V) for the laptops devices.  If that converter is designed to accept voltages of a wider range, it can easily use batteries with bypassed cells.  Another method for allowing the use of bypassed cell is putting a DC-DC converter in the battery pack.  This would make the pack larger and less efficient but would allow the pack to be used on an unmodified laptop.  Ether way the bypass circuit would increase the size of the battery pack’s circuits and the cost of added parts.  The circuity accounts for about 1%(estimated) of the battery packs volume.  The bypass circuitry would probably double the size of the circuity.  Adding a DC-DC converter to the pack would increase the size by 10%(guess), and lower the efficiency by 5%(guess).

Using ether of these ideas will increase the battery packs lifespan significantly saving users a lot of money, and hassle with dead batteries.